The American Association of Physics Teachers (AAPT) Winter meeting in Houston, TX was a fantastic discussion about innovation in pedagogy!  We gave a nice little talk on our work in the laboratory:

Introductory laboratories offer unique opportunities to practice experimentation, reasoning and critical thinking skills. When a non-physics major takes a physics class that has a laboratory, the development of these skills have been cited as one of the most important experiences by that student’s home department. The laboratory experience must provide the student with the opportunity to make fundamental decisions, analyze the results of those decisions, revise thinking based on observational evidence, and learn from the process. In light of recent studies suggesting that experiments without a prescriptive experimental procedure can be effective, we present results from a pilot study modifying the laboratory experience in an introductory algebra-based physics course at a small college to include non-prescriptive experiments. In this talk, we discuss the development of the laboratory, the structure of a two-week experiment with three opportunities for student-driven critical analysis, and our initial results on the efficacy of this approach.

A poster summarizing this work can be found Here: Poster_1.

Non-Prescriptive Experiments are gaining a lot of attention!

Today we visited Starved Rock Hot Glass-Glassblowing Studio and Gallery in Ottata, IL.  Allie Pales, Dean Edson and Nick Mauro had the great pleasure of meeting Laura Johnson.  She was gracious enough to demonstrate a few techniques and talk to us about her work.  Please visit her website for more information about her work. 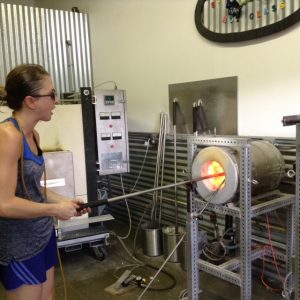 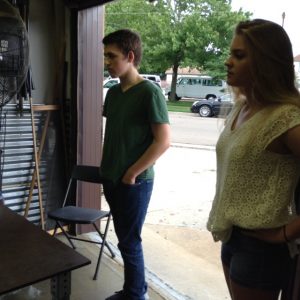 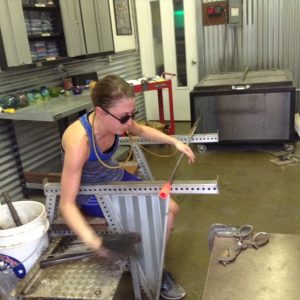 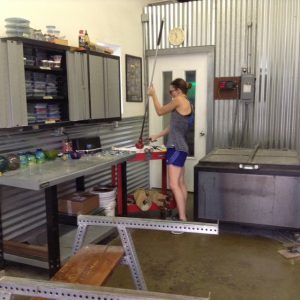 One of our first publications using the NESL to investigate structure in Zr-based liquids. 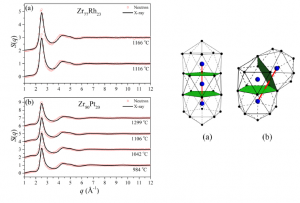 Computing with quanta – extracting certainty from an uncertain world

Quantum computing is a few decades old and is currently an area where there is great excitement, and rapid developments. Approaches based on cold ions and atoms, superconducting circuits, quantum dots, and optical photons have all shown the capability of on demand generation of entanglement and basic quantum logic operations. Many researchers now believe that it will prove possible to build useful quantum computing machines and in the last few years the technology has started to make the transition from University research labs to industrial development. I will give an introduction to quantum computing, describe the current status of the field, and explore prospects for the next few years.

Fluorescence image of an array of 49 trapped atomic qubits.

We have a new article published on the Neutron Electrostatic Levitator!

See the article in the Review of Scientific Instruments. 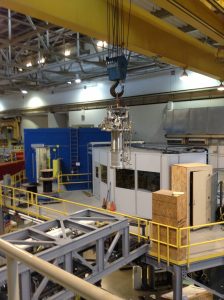 (NESL flying into position at NOMAD)

Congratulations to our graduating seniors!  Commencement 2015 was a beautiful affair.  Good luck:

I’m excited to say that I’ve accepted a tenure-track position at North Central College in Naperville, IL.  Starting in the fall, we’ll be packing up shop and moving south.

As summer research winds down to a close we get to share our results- check out what we’ve been up to at the Lawrence University website.

See our most recent work published in Nature Communications.

Virtually all liquids can be maintained for some time in a supercooled state, that is, at temperatures below their equilibrium melting temperatures, before eventually crystallizing. If cooled sufficiently quickly, some of these liquids will solidify into an amorphous solid, upon passing their glass transition temperature. Studies of these supercooled liquids reveal a considerable diversity in behavior in their dynamical properties, particularly the viscosity. Angell characterized this in terms of their kinetic fragility. Previous synchrotron X-ray scattering studies have shown an increasing degree of short- and medium-range order that develops with increased supercooling. Here we demonstrate from a study of several metallic glass-forming liquids that the rate of this structural ordering as a function of temperature correlates with the kinetic fragility of the liquid, demonstrating a structural basis for fragility.

Some photos from our recent set of experiments at the Advanced Photon Source. 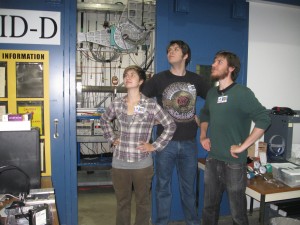 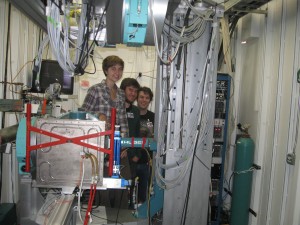 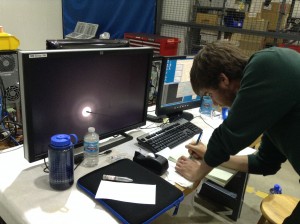 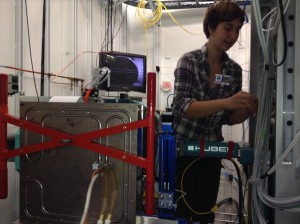 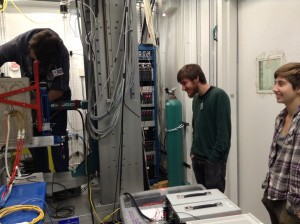 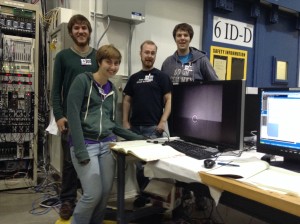 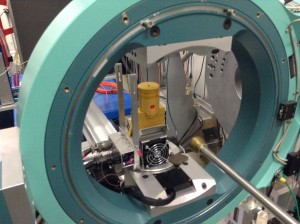 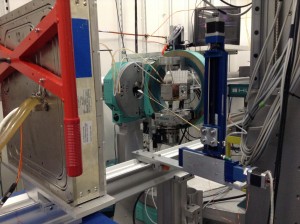 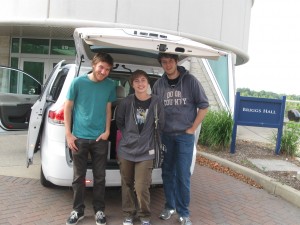 Today we visited Hunting Studio Glassworks in Princeton, WI.  Leo Sussman, Erika Roedl, Ben Clark and Nick Mauro had the great pleasure of meeting Wes and Wesley Hunting and they were gracious enough to take the morning to talk to us about the physics and chemistry of glass work. We discussed with them the process of keeping the viscosity of glass withing the appropriate working range the challenge of “taming the beast” that is keeping the glass workable while making sure that the thermal gradients are minimized to prevent cracking.  Please visit their website for more information on the work they do.

Below are a few photos from our trip. 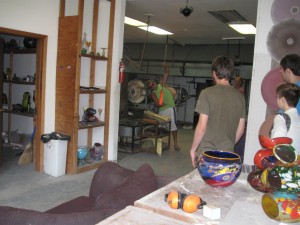 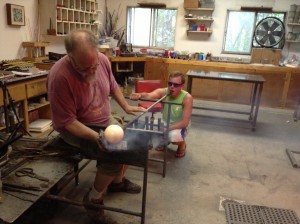 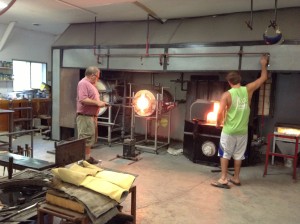 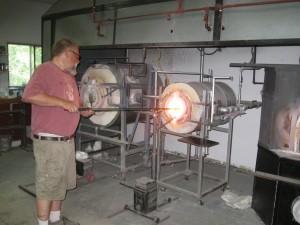 The summer research program at Lawrence University is underway.  Our research group (Leo Sussman, Erika Roedl and Ben Clark) will work this summer on a variety of projects including developing atomic models for liquid metallic structure, studying the feasibility of diffusion bonding metallic glasses to conventional alloys, and X-ray diffraction studies on glasses and liquids.

Congratulations to our Graduates!

Many congratulations to all of our departing seniors!  In particular, we want to wish Cooper Sinai-Yunker the best of luck.  Cooper helped make some excellent strides in our research this year, putting his programming skills to the test.  Next year, he’ll be using those same skill as he heads a start up company developing computer games.